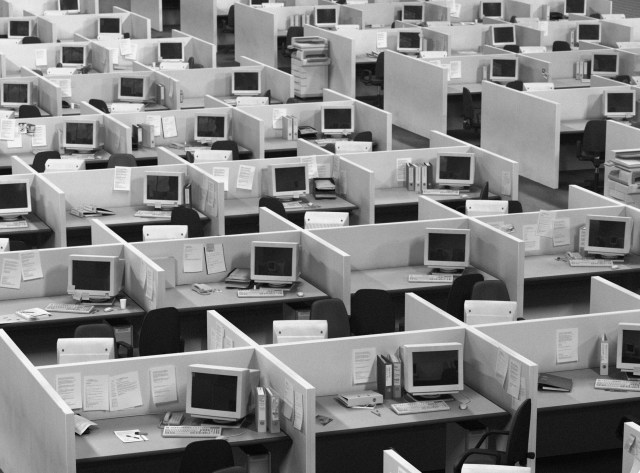 One of my favorite movie quotes comes from When Harry Met Sally. The two visit their friends Marie and Jess, who have just moved in together. They arrive to find the couple embroiled in a heated argument over a coffee table that Jess brought to their new apartment. When Jess defends his aesthetic sensibilities, Marie sets him straight.

Research has shown that we humans give ourselves more credit than we deserve, thanks to a phenomenon known as illusory superiority. In studies, most subjects – regardless of their grasp of basic arithmetic – describe themselves as above average in terms of IQ, work performance, driving, etc.

To paraphrase Marie: We all can’t possibly be better than average. By the same token, we all must fall victim to illusory superiority from time to time, right?

Friends and colleagues who know me well can attest: I need peace and quiet to concentrate. In high school and college, I was a library girl. I couldn’t even study with background music. So, it’s probably no surprise that I am finicky about noise levels at work. Stuff that other folks can tune out… I just can’t. Because I realize my needs are a little outside the norm, I usually keep my lips zipped. I make mental notes, though, that sometimes wind up on Facebook. Mmm hmm. (No names, I promise.)

I’ve had cube neighbors who carried on conversations in baby talk, watched YouTube videos on their laptops without muting them, clipped their fingernails at their desks (snip, snip), cursed out their spouses or cable TV providers by phone… I could go on. I wonder how many of those folks would describe themselves as above-average residents of cube land?

Or what if the person with a case of illusory superiority is (gasp!)… me? Well, I am about to find out.

This week, my work team began planning our move to another building – and a space with an open floor plan favored by tech start-ups: limited offices, low cubicle walls and smaller desks for the sake of closer collaboration.  The new space is very cool, with some hi-tech amenities. Still I have to admit, I’m a little nervous about it.

A recent New Yorker piece titled The Open-Office Trap warns of everything from lost productivity to increased stress to health risks from sitting in such close quarters. The article also points out that less privacy and more shared space mean everyone has less control over their environments. When surrounded by four high cube walls, you can decorate how you like and generally be as messy or neat as you want to be — but when your next door neighbor risks a paper cut from the teetering pile of papers on your desk, your pack rat tendencies become a community issue.

Our team drafted an etiquette guide for our new space. Nothing extensive, just a few reminders about being respectful, discreet and volume-conscious in our new home. In case that fails, I’ve also splurged on a pair of noise-canceling headphones. (I’m the man, yes I am.)

I figure the team will hit some rough patches, but I have my fingers crossed that as a group we’ll all defy the odds – and the math – and be better than average at the open-office stuff.

If it turns out I don’t land in the upper half of the cube mate bell curve, I’ll still have my above-average driving.

You may be an excellent driver, but I’m even better.

One thought on “Office Cubism: A Survival Guide”