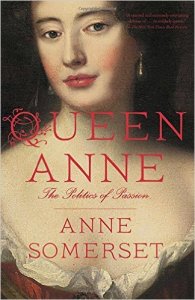 I am an avid reader, and feel driven to finish just about any book I start. I will slog my way through a tome, because I.Am.Not.A.Quitter. I will grant myself permission to give up on a book I’m not enjoying… but rarely take myself up on the offer. It’s a sickness, really.

Case in point: I recently completed Queen Anne: The Politics of Passion, by Anne Somerset — a heroic feat that took approximately three months. While I appreciate a thorough biography of an important British monarch as much the next history major, at 640 pages this one sometimes felt like breaking rocks in the midday sun.

Queen Anne only lived to age 49, and was in ill health for most of her adult life. Truth be told, given the length of the book and the level of detail provided in it, I sometimes hoped that if her gout didn’t hurry up and kill her, a Jacobite would slip something into her food to move things along.

Kensington Palace is one of my favorite tourist stops in London. It has some great exhibitions about former residents Queen Victoria and Prince Albert. There’s also an enormous portrait of Queen Anne (who died at the Palace in 1714) on the ground floor that has always intrigued me. A plaque near the painting states that Anne gave birth to 17 (!) children – and survived none of them. 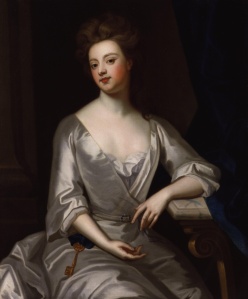 An even more compelling aspect of Anne’s life was her relationship with Sarah, Duchess of Marlborough. I must admit it was a big reason I bought the brick. Er, I mean the book. All I knew going in was that the two women enjoyed a passionate friendship that bordered on scandalous, followed by a falling out of legendary proportions.

Eighteenth century gossip can be juicy, but this tale of friendship gone south wasn’t illicit, at least according to Somerset. The Queen and Duchess wrote each other extravagant “love” letters (complete with pet names) that were the style of the day for BFFs, but over time Sarah’s access to Anne and the massive wealth it brought her and her husband, turned her into an evil monster. With a barbed tongue like hers, she’s lucky she didn’t wind up in the Tower.

How about a little gratitude with that attitude, Duchess?

A less gossipy topic in Queen Anne is the extension of the two-party system during her reign. This is where things got painful. Whigs and Tories were constantly tussling. It is exhausting to read about — not to mention boring, like a scoreless baseball game in the 12th inning. Everyone is tired, and has work tomorrow. Can’t one side drive in a run, already?

There was plenty of partisan intransigence accompanied by backroom deal making for personal gain, and a blatant disregard for public wellbeing or sentiment… unless an election was on the horizon. It’s a relief that politics doesn’t work like THAT anymore, am I right?

I struggled to keep score, Tories vs. Whigs, and rolled my eyes because history really DOES repeat itself. I wonder if, in 300 years, historians will write about bare knuckle brawling between Republicans and Democrats bringing the U.S. government to a near standstill. If our political partisanship feels petty and tedious in 2016, is there any hope it won’t put future generations into a coma? Will they struggle to understand sequestrations, or decide it’s not worth the bother? Will they confuse Donald Trump and Ted Cruz, the way I did Godolphin and Harley? 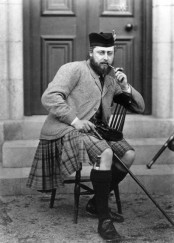 I respect Queen Anne as a scholarly work and a useful tool to historians studying 18th century Britain. But if you are looking for a biography of a British Monarch that is lighter lifting, check out Jane Ridley’s The Heir Apparent: A Life of Edward VII, the Playboy Prince. It’s got it all — family drama (including mommy issues), gluttony and lust. Despite its whopping 768 pages, I finished it in just a few weeks.

I’m taking a break from biographies for a while, and have started reading My Year of Yes, by Shonda Rhimes.

Will I finish it?

All signs point to… YES.