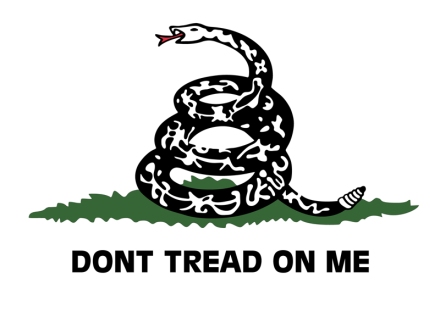 Jodie never sleeps ’cause there are always needles in the hay
She says that a girl needs a gun these days
Hey on account of all the rattlesnakes — Lloyd Cole, Neil Robert

That’s from one of my favorite songs from my college days: “Rattlesnakes” by Lloyd Cole and the Commotions. It’s been stuck in my head for two days, since I encountered my first-ever rattler on a hike in Marin County, California.

It was quite a brush with danger for so early on a Saturday. I was on the back nine of my hike, so to speak, stumbling down the hill with my headphones on and not paying much attention to anything. The site of the snake sunning itself smack in the middle of the trail stopped me dead in my tracks. I saw the rattle, and knew my hike was going to take a little longer than expected.

Now, if you ask someone in the NRA’s leadership — Executive Vice President Wayne LaPierre, for example — he will claim I probably wished I’d had a gun right then. (That’s the same thing the NRA is saying about Aurora, Newtown and even Boston.)

Nothing could be further from the truth. I wished I had brought sunscreen, for sure. And my cell phone to capture the moment. I probably also could have used a very, very long stick and a sturdy burlap sack, but I never once wished I had a gun.

I didn’t need to blast the snake into teeny tiny bits with a semi-automatic firearm to make my point.  I made do with rocks scattered along the trail, which I threw at it David-vs.-Goliath style. Not enough to make it feel threatened, but just enough to be a nuisance that wasn’t worth sinking its fangs into. Eventually it slithered away.

No harm done.  I got an entertaining story — ripe for embellishment over time — that I can tell at parties.  I also got the benefit of a much-needed cardio boost from fear, and from sprinting past that snake in a rather embarrassing fashion.

I’m not kidding, once it was out of sight I flew through the rest of that hike.

And so it is that I now have a classic, blast-from-my-past song stuck in my head that keeps making me smile.  Maybe it’s stuck in your head now too, thanks to the power of suggestion.  If so… enjoy!