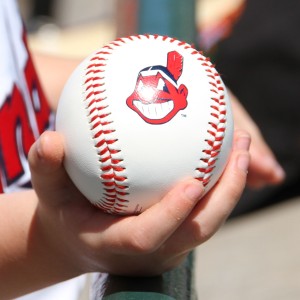 I returned from Scottsdale and Cactus League baseball less than 48 hours ago, and am clinging desperately to the last shreds of my spring training vacation buzz. I didn’t have much time to blog and post photos while I was away, so now I’m playing catch(!) up. (Playing catch? See what I did there?) I also have some reflections on my five days in the Arizona desert.

America’s pastime isn’t always pretty: I often hear Bay Area dwellers caveat something going on around us with, “but of course, we live in a bubble.” It’s a good economy bubble, thanks to the Silicon Valley, as well as a great weather bubble – and as a result, San Francisco attracts a lot of young, educated, physically active people. Live here long enough, and you can lose sight of how the rest of America actually looks and behaves. Spring training in Scottsdale delivers an eyeful of reality.

I am not a perfect physical specimen, and I struggle to maintain a healthy weight, yet when I’m at Spring Training I often find myself both reassured (“Hey, maybe I’m not in such bad shape!”), and alarmed by the amount of morbid obesity around me. Listen, like most fans I indulge in ballpark food with relish (and mustard) – but it’s shocking to see so many overweight, middle-aged people sucking down multiple beers, foot-long chili cheese dogs and double cone soft serve ice cream… then hiring a golf cart to ride – rather than walk — .8 miles to their hotel. A few of these folks may have an injury or disability that impacts their mobility, but not THAT many.

If you see a slim person at Spring Training, it’s dollars to doughnuts (pun intended) that he/she is under 25 years of age, with a metabolism that is still working overtime. And if she’s a woman, she’s probably wearing false eyelashes, a push-up bra, a skin-tight tank top and very short shorts. One such young woman stood next to me before Sunday’s Giants/Indians game, as I took some of the photos below. Flashing her ample cleavage and a button declaring “It’s My Birthday”, she got lots of autographs from Indians players, despite not knowing their names or the positions they play. I SUSPECT it wasn’t the birthday button that did the trick. Speaking of autographs…

I don’t get the autograph thing: Maybe I’m bitter, because the first (and last) autograph I ever got — from Chris Evert, who I adored as a kid and still think is pretty awesome – I misplaced almost immediately, and was heartbroken. I guess I was so scarred by the loss, it soured me on the whole autograph-getting experience. So I am fascinated by grown men who jostle and elbow their way to the edge of the field each day, hoping to get a signature on a ball or cap brim. Many of them enjoy telling players stories as they sign, like “I was at the game where you hit that homer off Clayton Kershaw”, or whatever. The players politely nod and say things like, “Oh yeah? That’s cool.” Once they have an autograph in hand, these men beam like little boys.

To each his own, right? The autograph frenzy only bothers me when I see a father pushing his kid HARD to get a signature, and it’s clearly the dad’s thing. The kid doesn’t care. In fact, before the aforementioned Giants/Indians game, a dad – who I’m pretty sure is an otherwise good guy and loving father – forced his super-shy son to the front of the crowd. When the kid hung back and an Indians player missed him as he moved down the line signing for fans, the dad got overly enthusiastic and shouted “little boy right there, you missed a little boy to your right, little boy, little boy”. The player stopped cold, glared and asked, “You telling me to sign?” He eventually signed the boy’s ball, and father and son thanked him. It was awkward. I was sorry for the dad, getting schooled in front of the crowd. But I also sympathize with players, who must get fed up with pushy fans treating them like employees who OWE THEM an autograph.

Shop much?: The only thing at spring training that’s more frantic than a line of autograph hounds, is the San Francisco Giants shop in Scottsdale Stadium. Step inside and it’s like you’ve been sucked into the famous Running of the Brides at Filene’s basement. There is pushing, shoving and general rudeness by fans who are seemingly unaware that there are Dugout Stores all over the Bay Area, or that most Giants swag is available online. Not sure how they manage to function in society in the off-season. The weird thing is, while the Cleveland Indians/Cincinnati Reds shop at Goodyear Ballpark is always crowded, it lacks Scottsdale’s mob-like, looter vibe. I wonder what the Cubs team shop in Mesa is like? Cubs fans are rabid too, but Chicagoans have Midwestern manners so…

There it is. A recap of my easing into baseball season, in fewer than 1,000 words. Despite wearing 50 SPF sunscreen I picked up some color (in the form of freckles), and I took good photos, consumed a few warm-weather cocktails, and shook off a load of work stress.

Next step: Opening Day! Put me in coach, I’m ready to play!