This morning, I decided to have a chore-free Saturday. Well not exactly chore free, but I mostly spent a meandering day north of San Francisco in beautiful, sunny Marin County, checking off non-urgent items lingering on my to-do list. Charcoal filters for my compost bucket? Check. A new one-quart saucepan to replace the old one with the broken lid? Check, again.

I also visited multiple stores in search of, of all things, a new comb. Last weekend I somehow mislaid my cosmetic case, requiring a mopey trip to Sephora to replace the contents – so frustrating, and mighty pricey. Plus, who knew a good comb, like a good man, would be so hard to find?

The comb needs to be small enough to fit into my new, small cosmetics bag, with teeth that are smooth and thick enough to glide through my hair and across my scalp, without the sensation of being inspected for lice. I’m making do with a scratchy black Ace number that cost about $2, and I feel like I’m channeling Elvis whenever I use it.

Too bad I didn’t lose a hairbrush. If I had, I would have had dozens to choose from at any store. Apparently, Americans no longer comb. They brush.

Smack in the middle of my duties, I decided to catch a movie: Under the Skin, starring Scarlett Johansson. I’m not normally a Sci-Fi fan, but I gave it a shot because it is set in Scotland, and I’ve been feeling homesick for Britain of late.

I have never been so close to walking out of a film, yet afterwards felt so glad I stuck it out. (Alas, stunning shots of Scotland weren’t as plentiful as I’d hoped. And the Glaswegian accents were so thick, I could have used subtitles. If you’ve seen the movie, what the HELL was the bus driver saying?!?!)

I will not give away the plot here, because the pleasure of Under the Skin is piecing together scattered hints. It’s a bit like the neo-noir thriller Memento (2000), but more subtle. The story is extremely visual; there is so little dialogue, I suspect Scarlett learned all her lines in one afternoon.

The first 30 minutes or so really does plod along, as Johansson’s character cruises the streets of Glasgow looking for solo men to take home. While her agenda is murky, clearly it’s not sex she’s after. A pattern repeats itself with each guy, but every pick up provides a sliver of new visual information that will (for the most part) make sense later. There is no on-screen sex or violence, but from the get-go it’s pretty obvious that the men come to a terrible end.

About mid-way through the film, Scarlett’s character inexplicably changes her behavior – I wish I understood why, probably my biggest beef with Under the Skin – and that’s when the plot finally gets some traction. Honestly, I didn’t fully understand or appreciate what went down in the film, until I left the theatre and slipped behind the wheel of my car. I experienced mini revelations in every aisle of Whole Foods, and on the drive back to the city.

Scarlett Johansson gets her kit off at several points in the film, which by itself may be worth the price of admission for most male moviegoers. For my part, I must admit I was pleased to see a trim, healthy looking woman on screen for a change, instead of an undernourished marathoner. Scarlett Johansson has some meat on her bones, and she looks fantastic.. even if her character is incredibly spooky.

Have you seen Under the Skin? Or read the book? If so, let’s hear your review! If you catch the film after reading this, and find yourself frustrated by the pace and ambiguities… just remember the title. 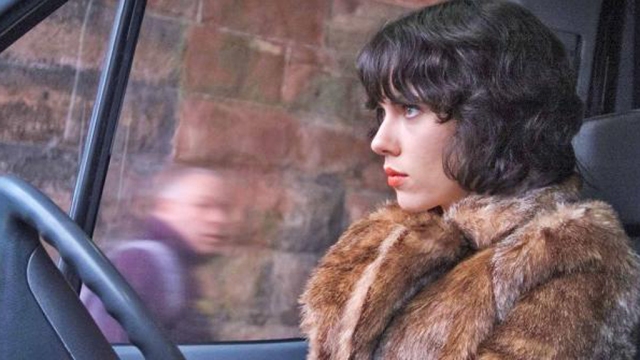 One thought on “Under the Skin: Miss Scarlett’s Newest Is Like a Game of Clue”