Last week I made a quick trip to Seattle, one of my favorite US cities. Since then, I’ve lost track of how many times I’ve been asked, “How was the weather?”  Seattle weather gets a bad rap. It can be soggy, but it seldom rains buckets for days on end. In my experience, the daily “norm” is periods of sunshine interspersed with fast-moving showers. Nonplussed Seattle-ites don’t even bother opening their umbrellas most of the time. They remind me of the Scottish in this way – maybe it’s why I am such a fan of the Emerald City.

That said, it’s very humid most of the time so any day can become a very bad hair day.

On my trip, I visited the Seattle Art Museum (SAM, to you). I hung out at Olympic Sculpture Park and Woodland Park Zoo, and caught a Seattle Mariners/Cleveland Indians game at Safeco Field – my first time in a domed baseball stadium.  It drizzled a few times during the game, but the roof stayed open.

Locals who attend Mariners games are so NICE. (Listen up, Oakland A’s fans.)  Actually, everyone in Seattle is polite and über-affable, perhaps due to their proximity to Canada.  And Safeco Field has some interesting amenities I’m more accustomed to seeing at a county fair.  Well played!

Do we really need a sign warning us against touching porcupines? 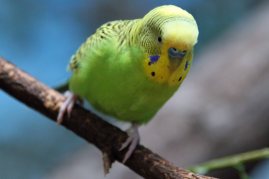 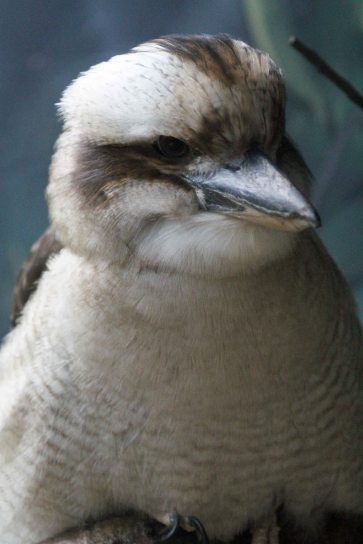 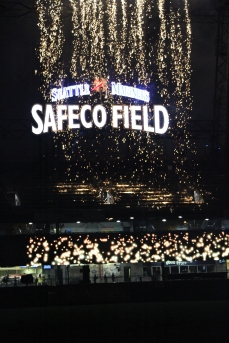 It was fireworks night at Safeco Field 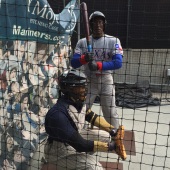 The creepiest batting cage I’ve ever seen. The batter’s head is held on by duct tape, I think.

A swing and a miss

2 thoughts on “Seattle: Right As Rain”