This weekend was a long one in the United States, with many businesses closing Monday to honor Martin Luther King, Jr. It’s an important holiday that can feel a little déjà vu-ish, falling so soon after Christmas and New Year’s Day. But we unlucky few who have to work on Presidents’ Day are desperate to make the most of it, because we won’t see another public three-day-weekend until Memorial Day in late May. (“Mon dieu,” gasp the French!)

Thanks to El Nino, I spent a lot of the weekend curled up on my sofa binge-watching football and Netflix – “Making a Murderer” and “House of Cards”. Today there was a break in the weather, just long enough for me to head downtown and catch a movie – “The Big Short”. That’s when things got kind of crazy/funny.

I knew something was up when I arrived in the theatre, and the screen was black. No ads, no previews. When the movie finally started, the studio name appeared… in Chinese characters. Then the production company… a Chinese name I didn’t recognize. Actors emerged, singing in a karaoke bar. There were subtitles.

Was it possible that a movie about the collapse of the U.S. mortgage securities market could only get backing from China? I read “The Big Short” a few years ago, and was racking my brain. Was there a Chinese character in the film? Someone who liked to sing sappy pop tunes in public? Neither scenario made sense.

Soon, other moviegoers started to whisper and giggle. Quite a few rushed to the exits, assuming they were in the wrong theatre. Eventually, the movie stopped and an usher arrived to apologize, they had accidentally queued up a Chinese language film called “Detective Chinatown” that was scheduled for later. The correct movie would start in a few minutes.

As the usher was leaving, one patron shouted out, “OK, but what about the previews???” I’m pretty sure he was serious. It was a very San Francisco thing to do. We go to the movies for the WHOLE cinematic experience, especially since some of us pay $30 just to park at the cinema. Plus, without previews how will we know which movies to expect next Christmas?

If “Detective Chinatown” is among the coming attractions, I think I’ll pass. When a “Variety” review starts with “A budding Chinese Sherlock Holmes meets his dumbass Watson in Bangkok…,” I know it is my time to rush for the exit. 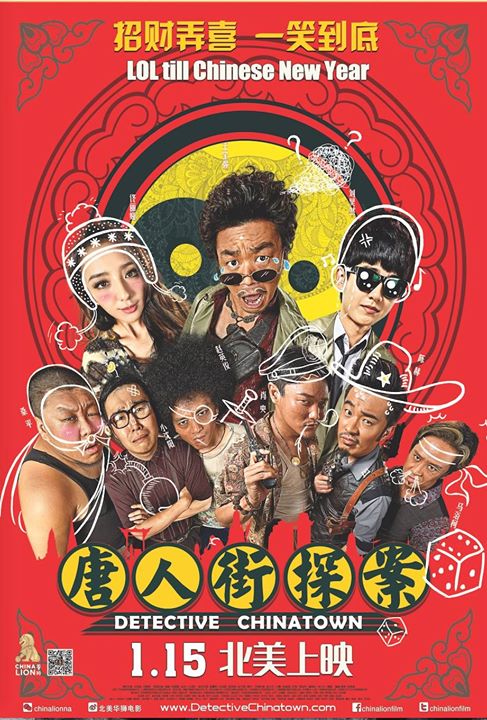 2 thoughts on ““Is it just me, or are they speaking Chinese?””