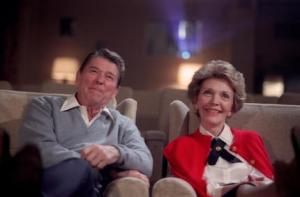 I often see movies solo. It’s not that I don’t like going to the cinema with friends, but on weekend afternoons it’s a great way to relax and get lost in a story that’s a big departure from my daily life.

Yesterday I saw Celeste & Jesse Forever, about a divorcing couple that can’t quite make a clean break. I am a fan of one of the movie’s stars, Rashida Jones of NBC’s Parks and Recreation. It’s not a rush-out-to-your-multiplex film, but more of a meander-to-the-nearest-Blockbuster-or-Redbox-once-the-DVD-is-released film.

As is the case at most afternoon movies, the cinema was fairly empty so I could choose virtually any seat I wanted. And as usual, a lot of my fellow moviegoers were over the age of 60.

It was probably ageist of me, but I wondered what drew these older folks to a film about a couple of 30-something yuppies in the midst of a breakup. I guess I shouldn’t be surprised, though. I was also surrounded by older folks at NC-17 rated Shame in 2011. That was probably the raunchiest film I’ve ever seen in a theatre, and I spent most of the movie worrying that a senior citizen in the audience would make a scene by either storming out and demanding a refund, or suffering a stroke so enormous his head would explode. To my relief, all the old timers survived.

When choosing a seat in a movie theatre, most of us follow an unstated etiquette. We stagger ourselves if possible, so that we are not directly in front of someone else, and we leave at least a one-seat buffer between ourselves and another moviegoer.

Yesterday, I encountered some ladies of a certain age who never got that memo. I heard two of them walking down the aisle, discussing the pros and cons of each row and empty seat. When they got to my row – I was sitting four seats in – they announced that it was the perfect destination. One of them spread out her coat to save their seats, and they returned to the lobby…. presumably in search of popcorn.

It was a little weird to have these ladies sitting so close to me when there were empty rows nearby. But they had apparently adhered to the moviegoer’s code and left me a buffer, so somehow shifting down a few seats seemed rude and diva-esque.

Unfortunately when the ladies returned from the lobby, they brought a friend. This meant they’d take all three seats next to me, and there would be NO BUFFER. Who ever heard of such a breach of protocol?

Here’s the best part; when lady #3 saw the cozy seating arrangements, she was not happy. She loudly expressed her annoyance at having to sit next to me, but reluctantly said she’d do so because it was her “fault” for being late. She took her seat, but continued to complain, apparently assuming that I was as deaf as she was.

I was tempted to point out to her, “I am RIGHT HERE. I can HEAR you.” I was also tempted to burp loudly, and start scratching inappropriate parts of me to test her resolve. But I was NOT tempted to move in a few seats. No way. This promised to be better than the movie.

In the end, after much high-decibel debate my friends moved one row closer to the screen. The deal breaker wasn’t me, but the fact that Lady #2’s seat reclined too much – or not enough. I couldn’t be sure, since there was so much simultaneous grousing going on. Surround sound grousing.

I guess I could give up matinees, or start seeing more movies with friends to avoid mobs of crabby elderly. But then I’d miss out on the laughs, and the fun of blogging the tale.

One thought on “That’s Entertainment”