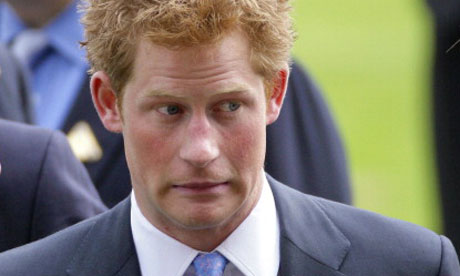 There once was a royal named Harry
Whose behavior was quite the contrary
For anyone privy, he’d strip to his skivvies
His motto was drink and be merry.

The Prince took a trip to Nevada
Self restraint?  Alas, he showed nada
He brought his buddies over,  just like in “The Hangover”
Now the world’s seen his whole enchilada.

Saucy pics of his princely rear-end
Have emerged.  Harry I recommend:
You can act like a lad, when you’re scantily clad
But take better care who you befriend.