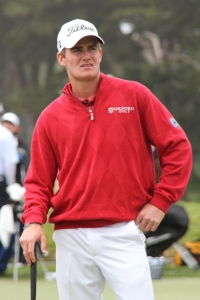 Twitter is a place where folks do their best to be clever in 140 characters or less.  Some – like @bastardmachine, @jimmytraina and @BMcCarthy32 – succeed.  I love their quick wit and irreverence.

Too bad we also have Twitter bottom feeders like Donald Trump.  Last night as Barack Obama won a second term as our president, The Donald was tweeting crazy, inflammatory foolishness and tilting at windmills.  (His “hair” never moved despite all that wind.  But something tells me you knew that.)

Unfortunately, everyone already knows The Donald… primarily thanks to The Donald himself.  There is nothing new to be gained by ridiculing the already ridiculous, so instead I invite you to consider another Twitter user you may never have heard of.

He is also a Republican, and let’s just say Mitt Romney accepted Tuesday’s outcome with a lot more grace than John Peterson did.

The tweet that really got me was this one:

I can at least be gratified that this only got 23 retweets.

This guy is a college graduate right?  When was the last time he read something other than a scorecard, like maybe a newspaper? Or traveled to a place that doesn’t have a golf course?  He postures like someone who is politically savvy but come ON.  Switzerland?

I mean, Switzerland is great.  However, while tax rates are similar to those in America, the cost of living is very high.  A 2009 report by Union Bank of Switzerland showed that residents in Geneva and Zurich pay approximately 20% more for products, services and accommodation than others in Western Europe.  What’s more, the Swiss pay approximately 45% more for food.

Another insightful tweet, this one about the rising price of gasoline in the U.S. — which is all President Obama’s fault, naturally:

Actually, I suspect any Swiss resident would be thrilled with $6 per gallon gas — today, or four years from now.  Based on a quick internet search, a gallon of gas in Bern, Switzerland will apparently run you $7.38.

Better be sure the Gulfstream’s tank is full before you leave, John.

Switzerland is a tolerant society, and discrimination against homosexuals is constitutionally prohibited.  In fact, thanks to a 2005 national referendum, Swiss same-sex couples enjoy the same rights as married couples in next of kin status, insurance, taxation, and shared possession of dwelling

Oh, and there is no state religion in Switzerland.  I’m just saying.

What might surprise Peterson most is Switzerland’s health care law mandating that everyone buy coverage, which is subsidized by the government.  Wait, I thought Republicans did not APPROVE of healthcare mandates?

I wonder if John Peterson has confused Switzerland with The Swiss Colony?  Could be that the guy just loves a good cheese log.

A few more tweets from John Peterson are below.  Unfortunately, he deleted several others advocating secession from “the Union” by “the Confederacy” (which according to John, is where the last truly brave Americans all reside) before I could capture the images.