As I type, fallout has begun from a racist tweet by actress/comedienne Roseanne Barr. By the time you read this, there will be no one in America who hasn’t heard that ABC has canceled her much-buzzed-about reboot series, in response.

In just over 50 characters, Barr managed to offend her target (Obama advisor Valerie Jarrett), Jarrett’s friends and family, African Americans, Muslims, Iranians… and anyone (liberal or conservative) with a shred of tolerance, class or conscience.

Cast member Wanda Sykes beat ABC to the punch – she quit the show when the tweet went viral. And Barr’s talent agency ICM Partners dropped her as a client.

I’m not sure why the tweet surprises anyone. In 2013, Roseanne shared something similar about then National Security Advisor Susan Rice – and was shamed into walking it back. All that was missing this time was a #sorrynotsorry.

A #boycottABC movement is well underway. The show’s supporters are accusing the network of political correctness run amuck, and “liberals” of being snowflakes with ZERO sense of humor.

To paraphrase: First they’ll come for “Last Man Standing”, then for “Roseanne”… then for your liberty.

I won’t add to the raging debate on freedom of speech vs. political correctness. It’s a useful discussion, but so polarizing I fear nothing will come of it. Roseanne is (rightfully, IMO) taking a hit where it hurts most – her ego and her wallet. But hardworking actors and crew members – most of whom probably don’t share her intolerant views – are now also unemployed. Well done, Roseanne.

I also won’t lecture on racism. It exists in abundance and it’s appropriate to call it out when we see it. Done.

I’m not astounded that a comedienne is a bigot. Or that someone has tweeted something nasty and dumb that landed them into hot water.

I AM amazed that humans are supposedly evolved beings, yet most NEVER LEARN from past mistakes.  So, I have a few suggestions:

There’s a slightly tongue-in-cheek decision tree floating around the internet, to help us determine whether to speak in a meeting. Is your comment on topic? Is it helpful? Has someone already raised the point? (Let me hear an “Amen” to #3, ladies!)

A decision tree on whether to post in social media could be much simpler. When hovering above the “tweet”, “share” or “post” button, consider whether your content is helpful to your audience, or kind and uplifting. If not, keep it to yourself.

I recently re-watched a fantastic commencement speech by Tim Minchin who warned graduates against defining themselves by what they are “against”, instead of what they are “for”.  He encouraged everyone to be “pro stuff”. Check it out. 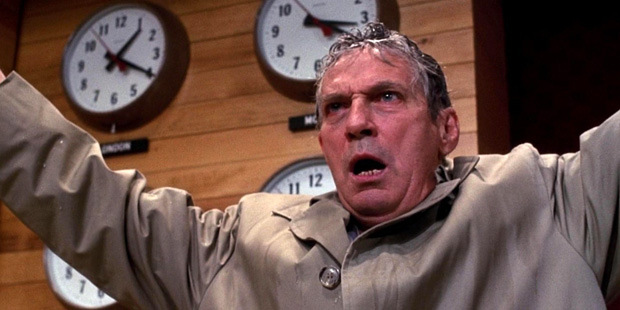 I can now officially blame 24 hour news for nearly everything that is wrong in this world. It is a sad day when a potential Republican presidential candidate is on the ropes (or nearly so), and I can’t draw enjoyment from it.

Although I was not a fan of Governor Chris Christie from the start, I appreciated his gracious response to President Obama’s support of New Jersey after Hurricane Sandy in 2012. He took flak from the far right for saying something – anything – positive about the President. From my side of the aisle, he showed a lot more integrity than did Republican lawmakers who loudly bashed the American Recovery and Reinvestment Act, while at the same time (and with a lot less publicity) accepting stimulus money for their home states. He openly and without apology put the best interests of the citizens of New Jersey ahead of party, and future political ambitions. It’s what a governor gets paid to do.

I briefly wondered if I could vote for Christie someday, as a way of casting a vote against partisan politics. It wasn’t out of the question; there were times when I might have considered voting for John McCain. (That was long before 2008, in case you were wondering.) But when I evaluate Christie in total…Nah, it’ll never happen. 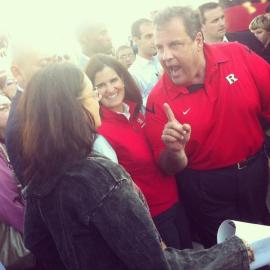 Chris Christie says he’s not a bully; he’s just a no-nonsense, what-you-see-is-what-you-get kind of guy. Ask a question he doesn’t feel like answering? He’ll tell you it’s none of your business. Question his effectiveness in a certain area?  He’ll holler until he’s red in the face, and wag his finger at you.

I’ll let the people of New Jersey decide if that works for them, but it’s a liability in the national arena. He’s not the guy I want having diplomatic discussions with leaders of unfriendly nations – or with allies, for that matter.

(Have you noticed that every election cycle, a segment of America moons over a straight talker who becomes the early front-runner? He/she eventually crashes and burns, after becoming a little too “refreshing”. Remember Ross Perot? Herman Cain? Sarah Palin?)

Let’s fast forward to this week’s traffic scandal, which is quickly turning a bit Lord of the Flies on cable news. Yesterday, Christie spent two hours denying he had any knowledge of his staff’s ordering lane closures to snarl traffic to the George Washington Bridge in September, as political revenge against Fort Lee’s mayor.

While it is the role of the media to thoroughly investigate the matter, and assess whether actions by members of Christie’s administration reflect the petty, vindictive style of the boss, who may want to run for president in 2016 — it’s a CRAZY FEEDING FRENZY out there!

Some will argue that a liberal media agenda is at work – or maybe a tea party one. Others may think it’s the work of a few ambitious journalists, who want to turn the story into Watergate, and themselves into Woodward or Bernstein (depending on hair color). It may even be driven by how easily the scandal lends itself to pithy headlines: Christie’s In a Jam!

I blame 24 hour news, and the incessant need for CONTENT.  If you don’t think writers, editors and pundits are licking their collective chops because a story like this — if they can keep stoking suspicion of the Governor’s involvement — could fuel the news cycle for days… well, you probably don’t have a TV at your house. Or access to the internet.

In his new book “Duty: Memoirs of a Secretary at War,” former Secretary of State Robert Gates remembers that Washington lawmakers could be reasonable, right up to the point “the little red light went on atop a television camera [which] had the effect of a full moon on a werewolf.”

We’ve all seen it, and it’s enough to make you shake your head in despair. The fault lies not just with Congress, but also with the news networks that fan the flames, spin the facts, and broadcast on a loop.  And it’s our fault, for giving our tacit approval of the coverage by watching it.

I received a breaking news alert from CNN this morning, letting me know that a batch of documents related to a New Jersey State Assembly investigation of the Governor’s advisors had JUST BEEN RELEASED. CNN assured me they would dig through the document “dump” and post updates online throughout the day.

2:58 p.m. ET – As you can expect, everyone is trying to get these documents at the same time, so download speed is slow. Bear with us.

Breathe easy, America.  CNN is on the job.